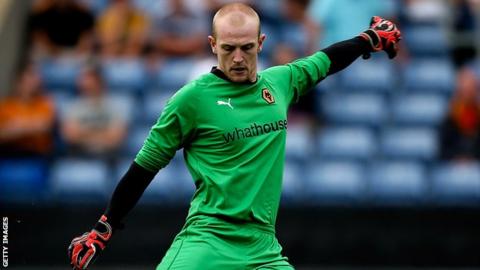 Ruddy is obviously a big fan of the side as he mentioned that Wolves are a side with history of goalkeepers like Matt Murray, Wayne Hennessey and Carl Ikeme. He seemed happy to get a path to develop as others despite being a young goalkeeper. He is obviously happy that the manager of the club was also a goalkeeper.

On the other hand, Bury resurrected from the dead when they visited Walsall in the League One. They came back from three goals down after the break to force the hosts to share points in a six-goal thriller. Walsall were ahead courtesy of goals from Kieron Morris in the 6th minute, Erhun Oztumer in the 14th minute and Simeone Jackson got the third in the 30th minute. The game could have been buried, but the fighting spirit of Bury forced the game to end 3-3. Goals from Leon Barnett, James Vaughan and Danny Major sent Bury fans wild.